After winning the bronze medal at the World Indoor Championships I was plagued by recurring hamstring injuries. Ross’s expertise has helped me make a full recovery.

Paul is a 400m runner from Belfast with a best time of 45.58s. He has competed in the Olympic Games and the World Championships, and won a bronze medal in the 2003 World Indoor Championships. He is the national record holder at 400m both indoor and outdoor.

I have recently been attending Ross on a regular basis for sports massage. These regular sessions allow me to maintain the intensity of my training sessions and keep me fresh for races.

Kelly is the top ranked women’s 800m runner in Northern Ireland with a personal best time of 2.03.41. She has competed in the Commonwealth Games and is hoping to qualify for the Olympic Games in London in 2012.

Ross has treated me on a regular basis over the years, helping to keep me on the track.

I have been treated by Ross on a number of occasions for different injuries sustained whilst competing. I found his treatment to be very thorough, professional and friendly. He is an experienced professional and his treatment has an emphasis on a return to competitive sport which is incredibly important to enable any individual to compete at a high level for sustained periods. Ross is an excellent physiotherapist and I cannot recommend him enough.

Helen plays centre forward for Newtownabbey Strikers, one of the leading women’s football teams in Northern Ireland. She has represented Northern Ireland Ladies at both junior and senior level and currently has over 20 senior caps.

As a double Olympian, training is never easy and regular treatments from Ross eliminate the dreaded DOMS and help prevent muscular strains and minor tears.

I’ve been seeing Ross since before I went full time in Triathlon in 2008. Initially I saw Ross for Physiotherapy when I had an on-going foot problem, and after that I quickly became a regular for massage. Ross is able to see me evenings and weekends which is great for me and my hectic schedule. Hopefully Ross will continue to be around next year in my lead up to 2012.

Aileen is a professional triathlete and a member of the Senior High Performance Squad, being one of the most promising London 2012 Olympics prospects. She is currently ranked 11th in the world.

As a sprinter, training at a high intensity leaves me with tight and sore muscles. Regular treatments with Ross help keep my muscles in good condition, preventing injuries and enabling me to train at the level required to perform. With Ross’ knowledge and expertise I am confident that I am in good hands.

I came to Ross injured with the goal of getting back on snow within a month, very optimistic as last time with the same injury it took 3 months for full recovery. After the first few sessions I started weight bearing again. I am now back on my board snowboarding after a very successful month of physio, thanks to his healing hands! A friendly and relaxed vibe during treatment, I highly recommend him if you want to get back to full fitness and on top of your A game!

Aimee is a member of the British Snowboarding team, and is one of the leading snowboarders in the world, currently ranked number 5. She has competed in the X Games and hopes to qualify for the Winter Olympics in 2018. 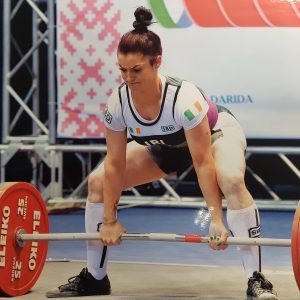 I have been treated by Ross, as and when required, for several years now. He is my go-to when it comes to treatment as he is so thorough, and this allows me to continue my high intensity powerlifting training. His ability to detect what areas need most attention, as well as providing a friendly and professional service, leave me feeling confident and revitalised. When any of my family/friends ask for a recommendation, Ross is always first on my list to suggest!

Gabrielle is a national powerlifting champion who has represented Ireland at the World Powerlifting Championships. 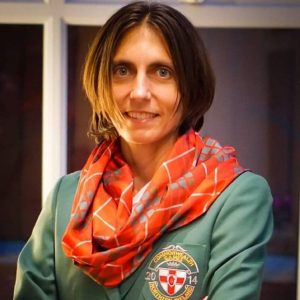 Ross Harris has been my go-to Physiotherapist for more than a decade. He has helped me stay healthy over a long career in elite marathon running, and to return to competition after having a baby. With his help, I have set personal bests and qualified for European Championships.

Gladys is an elite marathon runner who has represented Ireland in the European Championships and Northern Ireland in the Commonwealth Games. She has a pb of 2.36.42